A very nice review from Nycjazzrecords by John Sharpe.

“It documents a 36-minute performance, and presented the two operating in consorts at the extremes of there instruments” 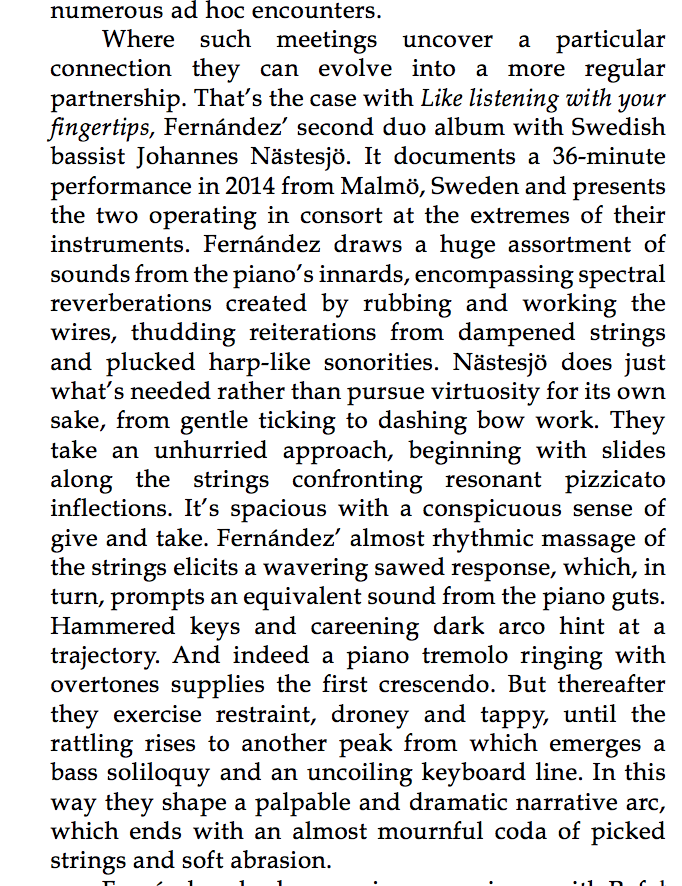 A great review in Polish about “Like listening with your fingertips” 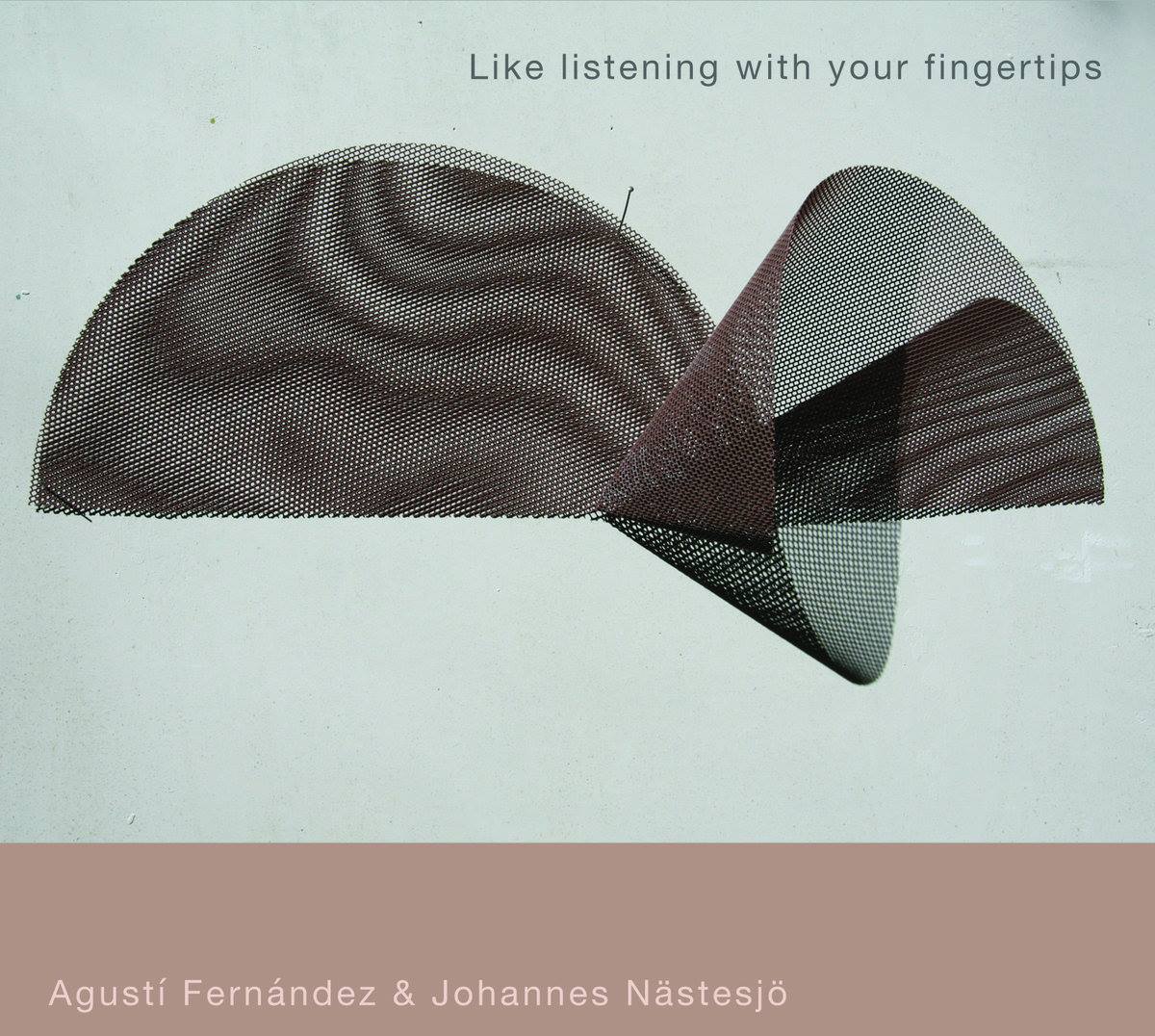 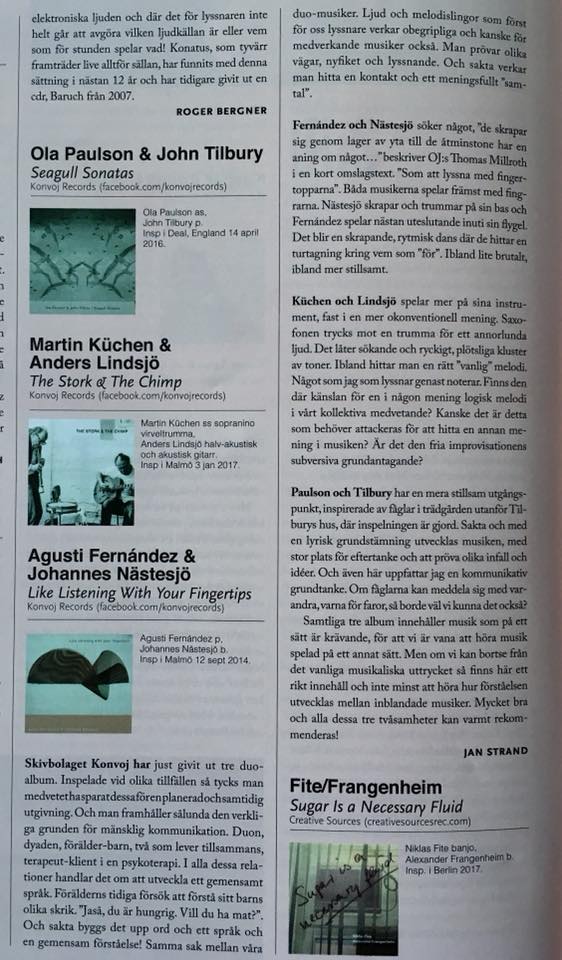 A beautiful video with me on the double bass and my dear friend Sònia Sánchez on contemporary dance caught on a Mountaintop in Mont Seny/Catalunya where Sònia lives:

IRENE ARANDA / JOHANNES NASTESJO / NURIA ANDORRA – Inner Core (Relative Pitch 1071; USA) Featuring Irene Aranda on piano, Johannes Nastesjo on double bass and Nuria Andorra on percussion. A number of musicians who started out on the Relative Pitch label are/were relatively little-known until the label put a spotlight on them. This trio hails from Barcelona, Spain, the only member I’ve heard of before now is bassist Johannes Nastesjo, who can be found on a duo disc with Agusti Fernandez (Konvoj label). The (jazz) piano trio format has been around the better part of a century with hundreds of piano trio recordings and has evolved a great deal since it s inception. Since the dawn of the millennia, we’ve seen the piano trio evolve even more with groups like the Necks and pianists like Sylvie Courvoisier and Kris Davis, turning formulas and expectations inside out.
Right from the gitgo, this trio erupts with explosive freedom. The sound of this trio is visceral, on the verge of flying apart. The rumbling piano expands and contracts while the drummer centers on cymbals & gongs and the bassist creates ominous waves with the bow. The cymbals, gongs or metals also sound as if they are being bowed, and are also creating an eerie subterranean web. This trio deals more with textures and timbral sonics, carefully manipulating everything they touch or play. Much of the time it is impossible to tell exactly what instruments are being used. Many of the sounds are industrial in nature as if we were walking through a busy factory of metal being processed. The overall effect feels like a dense force pushing and pulling on us fragile humans, squeezing strange sounds out of ordinary instruments. The next time I play this in the store, someone will be blown away and not know what hit them. This is some heavy sonic medicine. – Bruce Lee Gallanter, DMG